Riding the world for your delight

We are Eglé (motorcycle journalist, writer, and master in misadventures) and Lennart (biologist, self-taught bike mechanic, and video content creator), and together, we’re on a quest to ride around the world and join MOTOURISMO motorcycle tours, rally races, training events, and whatever else is thrown at us along the way.

Voluntarily homeless and on the road since 2016, our combined riding and racing experiences include North America, South America, and Europe with cross country rally finishes like the SWANK Sardinia Rally under our belts. No, we still haven’t mastered the roadbook or the speeds – but yes, we’ve had a serious blast!

This year, we are heading out to start our European and North African leg of the journey aboard two old thumpers – a KLR 650 and a DR650 – that we have recently rebuilt from scratch and, plagued by visions of grandeur about finishing as many rally races and off-road training tours as we can, we hope to inspire fellow riders to hit the road, too. We are the MOTOURISMO Scouts - and we’re here to bring you along the journey! 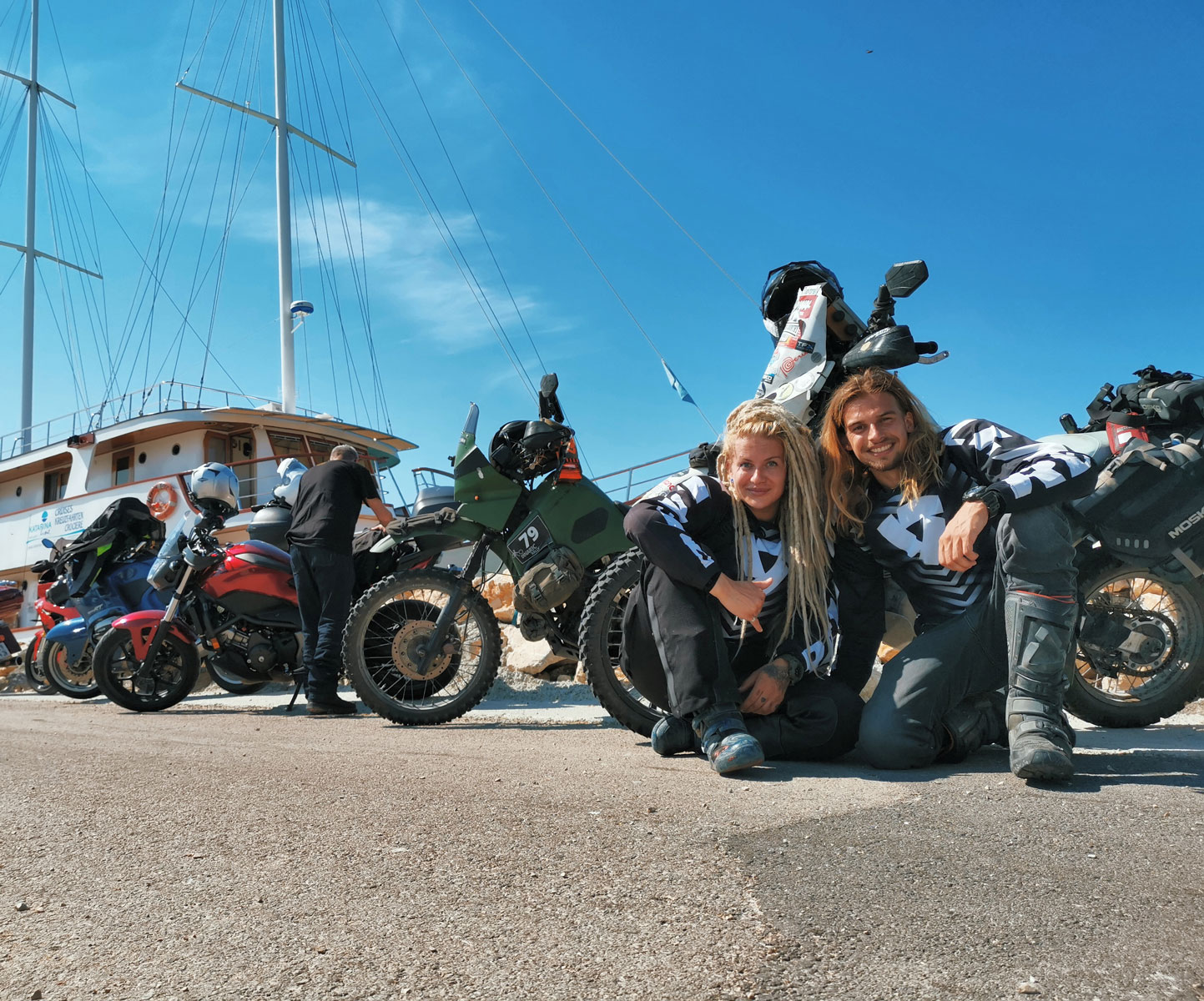 ×
Riders on a mission - Egle and Lennart

In addition to off-road adventures, we’ll also be joining paved motorcycle tours, getting ourselves into all sorts of trouble trying to catch up with road warriors and cruiser riders, and checking out new motorcycling destinations. Combining traveling and tours, we aim to put the meaning of adventure back to adventure riding: with minimalist resources and two pack mules than can be converted into rally beasts on the roadside, we’re hoping to provide inspiration – and, more importantly, entertainment – as we battle our way through Spain, Portugal, Morocco, and beyond. 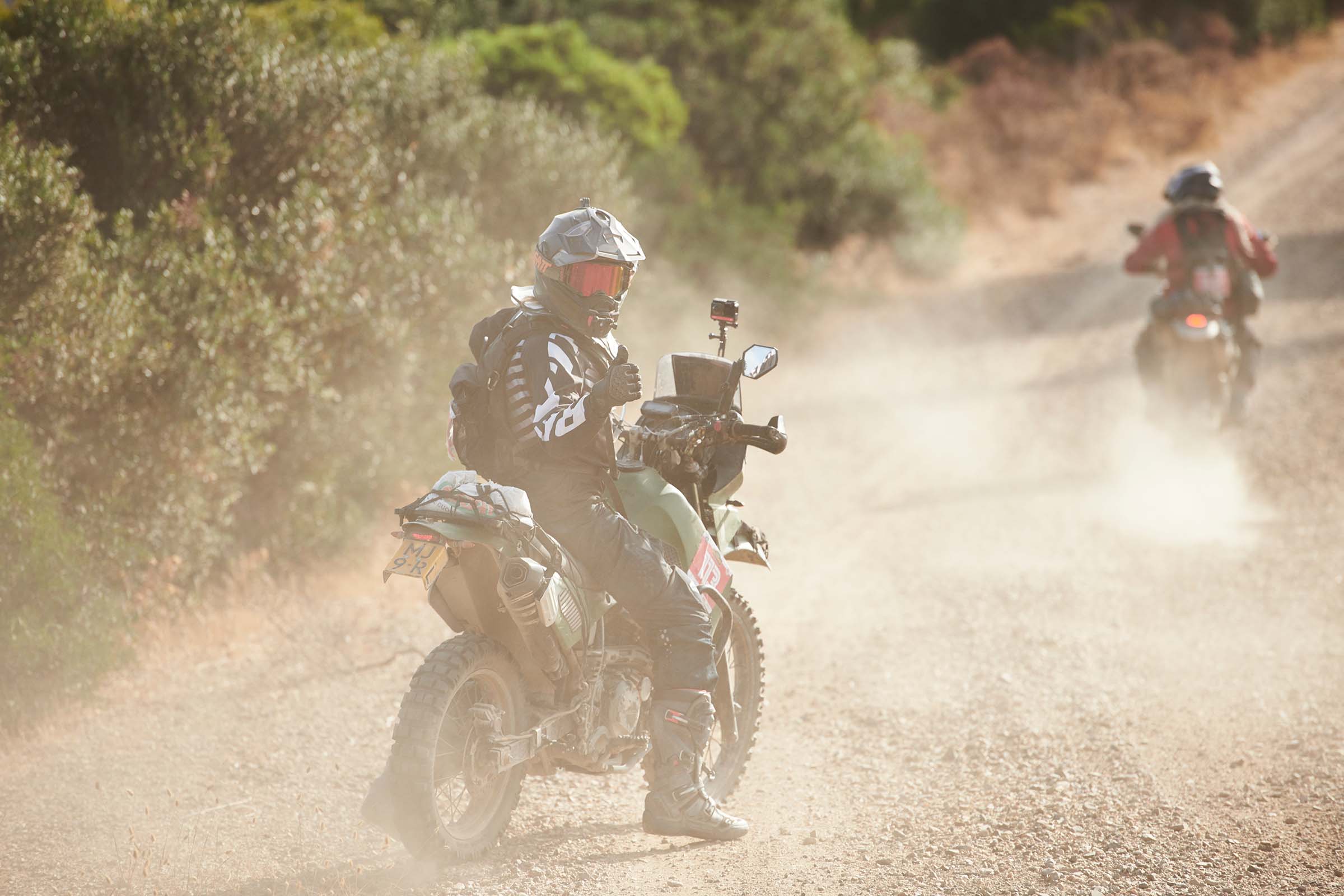 How do we pick motorcycle tours and events to join? It’s easy – Michael and Christoph, the masterminds at MOTOURISMO HQ, point at the map, select a tour or a race that seems the most extraordinary in the given area, and send us off on a mission. We ride to the appointed destination, join the motorcycle adventure, and report back bringing you along on the journey via social media and blog posts right here on MOTOURISMO blog. And although the tours and events are planned, there’s never a shortage of episodes where we take the wrong turn, one of the bikes break down, or we eat shit – just ask us about that time when Lennart’s engine nearly blew up on the Croatia Bike Cruise. Or that time I dumped my bike into a ditch before even getting to the SWANK Sardinia Rally start line. Or that time we raced from Milan to Genoa on tires so worn they look like they’d been skinned alive… Need we go on?

×
Misadventures are part of the menu